For the Lunar New Year (Tet) all of Hanoi shut down (including work) so I hit the dusty trail to Cambodia.

While landing in Siem Reap Monday evening I peered out the plane window and saw a city barely illuminated with street lights. I knew Cambodia would be a different experience but having the plane park outside a building like a car parks outside a house surprised me. We unloaded the plane and entered a dark airport, either an energy saving tactic or a power outage. The lights turned on and soon after I was on my way with a visa, SIM card, and tuk tuk driver. All easier than I ever imagined.

I hit the ground running at 4am the next morning to see the Angkor Wat for the sunrise. The information online said to get to the temples early to beat the crowd but as I was following a stream of tourists through the dark to the temple I thought about what a crock of shit that was. I had so little expectations, I wasn’t even sure where to look while I waiting for the sun to rise. But the sun rose and I was enlightened by the magnificence of the experience. I spent the next five hours climbing steep temple stairs, dodging numerous photo shoots, and wondering whether the tree grew around the temple walls or the walls were built around the tree. I spent one day there but there’s enough there that some people buy a 7 day pass in order to see it all. 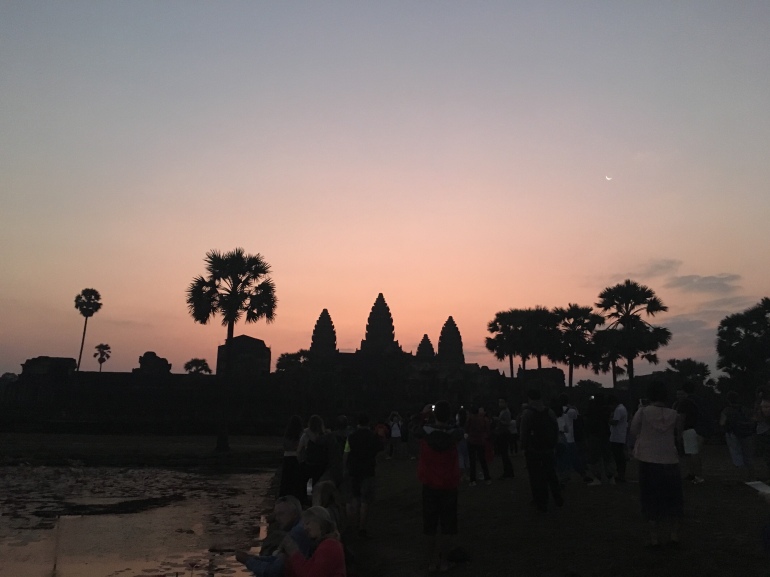 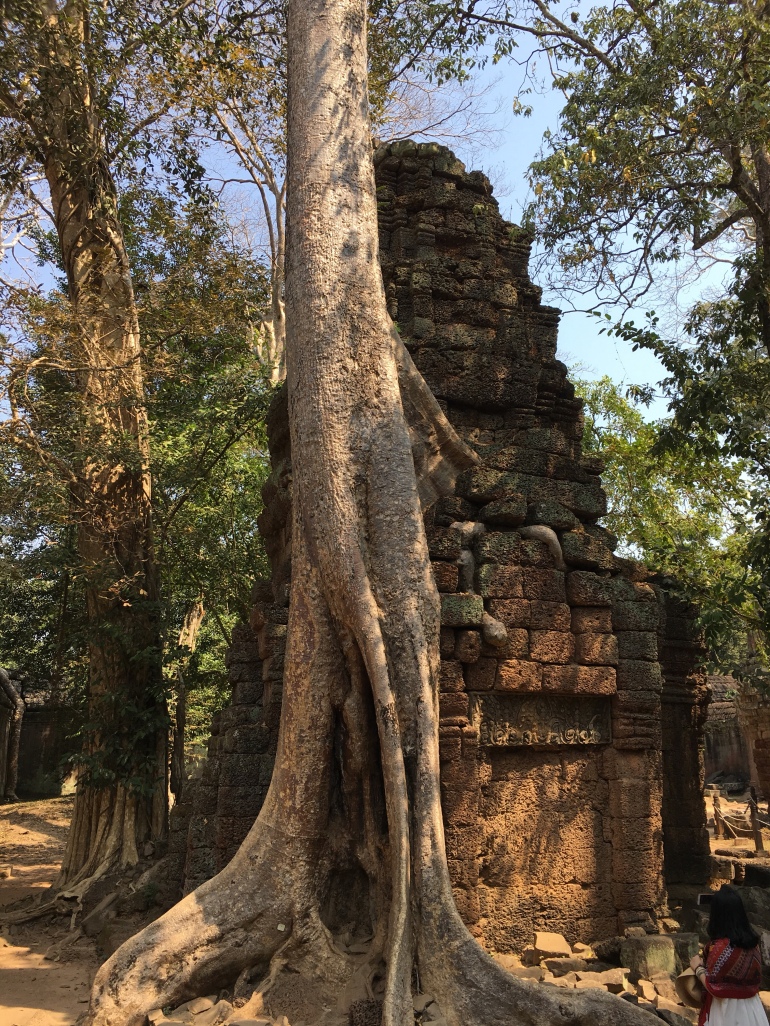 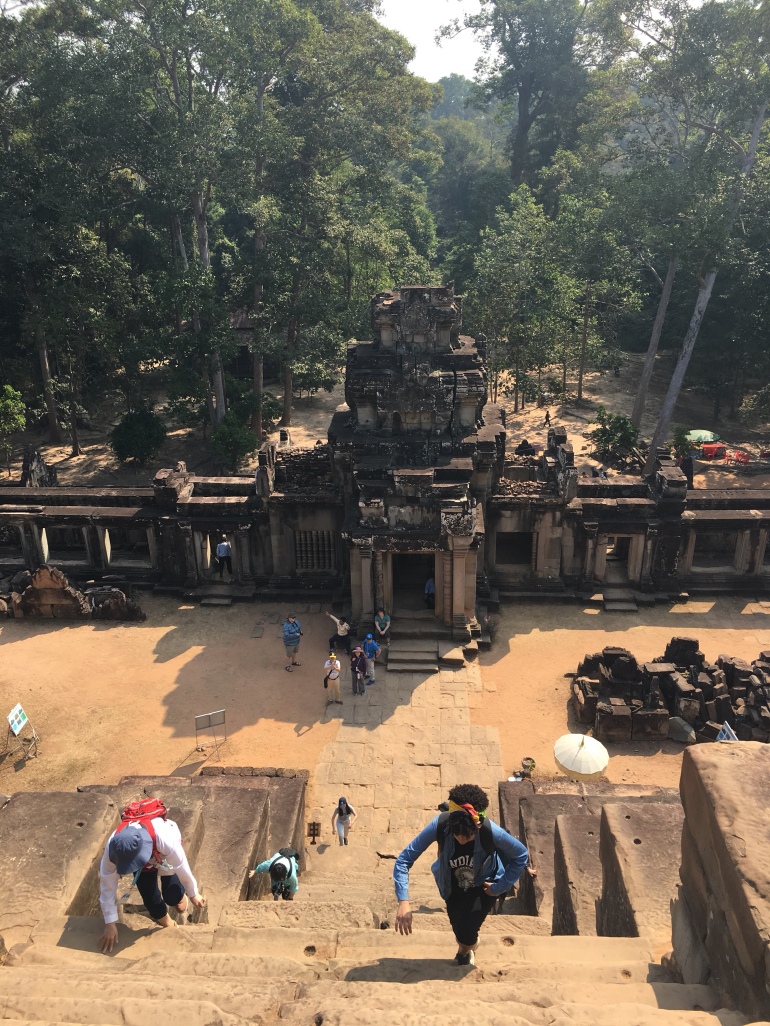 I spent the next day eating my way through Siem Reap. At night I had a prolonged dinner, finished a few 50 cent beers, and loaded a night bus to Phnom Penh. There’s lots of information on the internet regarding the Cambodian night bus experience. From what I could tell anything before 2015 warns to stay clear because of the high crash rate. Recent blog posts and reviews convinced me that I probably wouldn’t die and I went for it. I didn’t die and ended up in Phnom Penh at 6am with a dozen tuk tuk drivers asking where I wanted to go. I didn’t even have my shoes on and my only response was “I don’t know.” I had no clue where I was, where my accommodation was, or where to get food because I was starving. I resorted to walking in order to gather my thoughts and escape the demanding drivers. I witnessed my second Cambodian sunrise, found food, made it to my accommodation, and was on my way to the historic killing field by 9am.

The killing field was my second visit to a genocide site and I couldn’t help but draw comparisons between the two. At Dachau, very little remained from the concentration camp. At the killing field there were still holes in the ground where the bodies were dumped. There was this massive display case with skulls from the victims. The bones and teeth that had been found after the memorial site was established were placed outside the display cases and highlighted how recent these tragic events occurred. I’m not sure what shocked me more, the size of the tragedy or how little I knew about it. 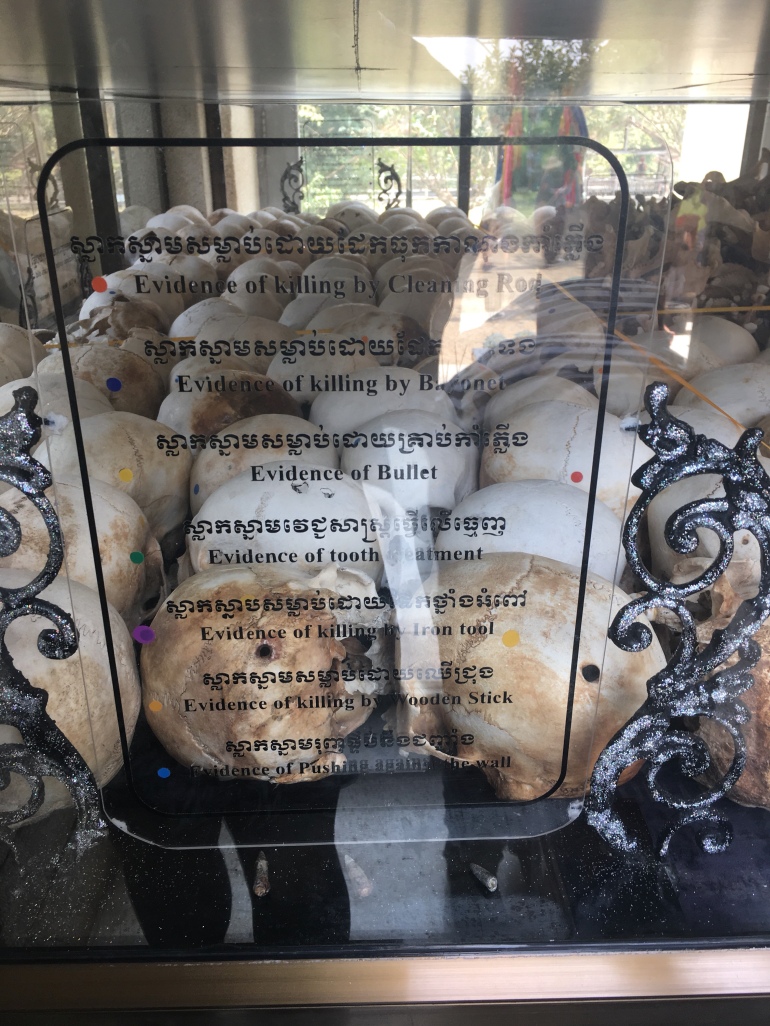 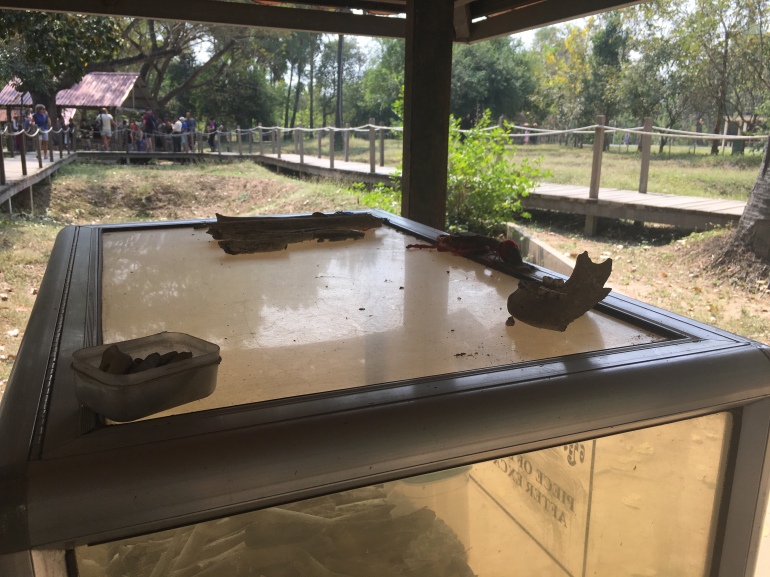 The next day I found this great business called Daughters of Cambodia that trains, employs, and supports women who are hoping to escape the sex industry in Cambodia. This particular store was a shop, cafe, and nail salon run completely by these women. It was very cool to learn about how the organization provides the woman with skills to be self sufficient without having to rely on the sex industry for an income. I felt grateful I was able to learn about and support this organization. 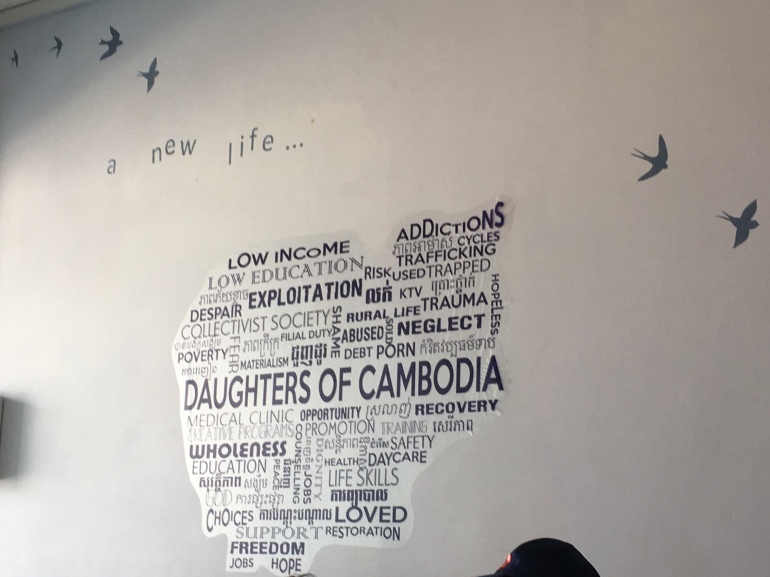 The beach was my final and most anticipated location. And it didn’t disappoint. My research painted a picture of Sihanoukville as a party scene that I’m not too interested in as solo venturer so I got off the bus and headed straight to Otres Beach. I spent 2 days switching between laying on the beach, bobbing in the water, and drinking from coconuts. I had an oil massage on the beach the second morning, which I wish I had thought through a little bit better because oily skin and sunshine are not a great combination. 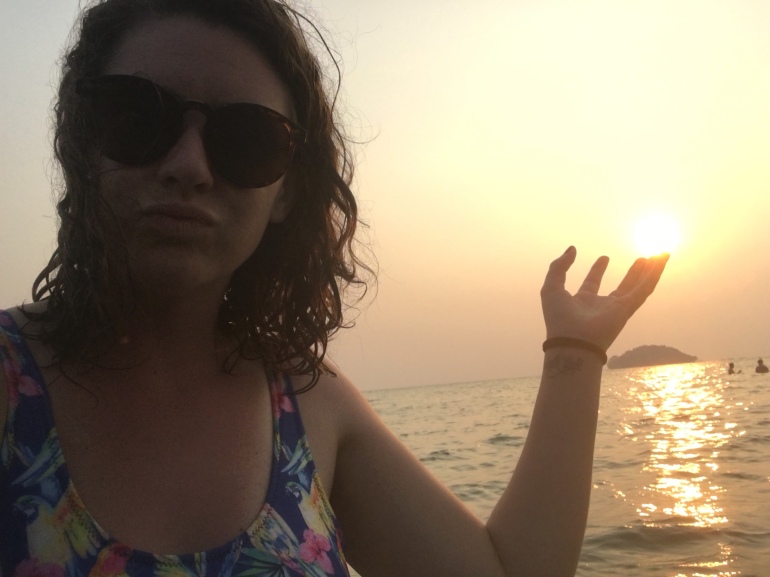 After 2 days of sunshine I got back on the night bus to Siem Reap to complete my Cambodian loop. I only had one week in Cambodia. I left feeling like there were different places I wanted to see that I missed out on because I went to places I felt I should see if I was going to go to Cambodia. I didn’t know that’s how I would feel before I went but now I know and will avoid should-ing myself for future adventures.